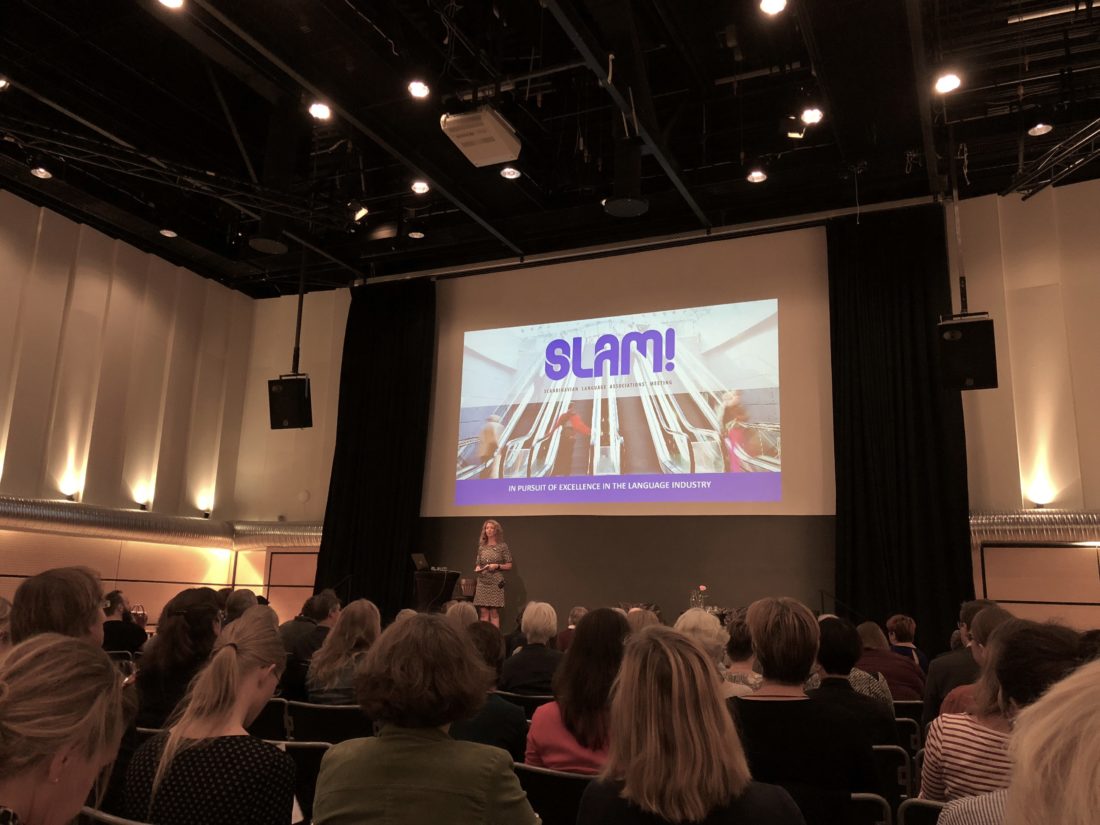 Back again at SLAM!

In Pursuit of Excellence in the Language Industry, which was the conference theme, we headed south again this fall to the Scandinavian Language Associations’ Meeting (SLAM!) co-arranged by several Scandinavian translation organisations.

The notable feature was the translation SLAM, where two translators took on the same text and compared and discussed their separate translations. Invited speakers were Judy Jenner, Kenneth Quek, Tess Whitty, and George Drummond, among others. In a few short but intense days, we learned a lot.

Thank you to the organisers!